A Nightmare Move to New City 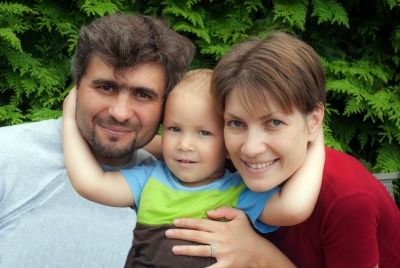 The panoramic view creeping through the windows of the massive Greyhound, coupled with the excitement of a new construction job awaiting him in Colorado, kept Tom and his wife Marissa on the edge of their seat. The steady roar of the bus’s engine was just enough to lull their three-year old son, Lucas to sleep for much of the 22 hour trip.

The Di Bellas were thrilled at the prospect of a new life, job and home. They could already picture a brighter future. However, that picture had been embellished with unfulfilled promises.

The temporary living arrangements afforded them little space. The neighborhood bore no resemblance to the photos they had seen. The very worst part was when Tom discovered that his employer was experiencing difficulties in keeping his business going.

Within one month, Tom was told that the business was folding but that his employer’s brother had the same business in Phoenix. Tom could return with his family and his bosses’ brother would help to set him up. This could save them.

With no job and very little resources left, Tom, Marissa and Lucas climbed on-board the big Greyhound and headed back to Arizona. This time, their excitement was replaced with fear and anxiety. This had to work.

And then the unbelievable…they arrived without their luggage. There was no trace of it in the big Greyhound luggage compartments. Their disappointment was overwhelming. They didn’t have money to replace their clothing and personal needs.

Tom and Marissa were wrought with concern as their taxi cab pulled up to an abandoned building. This couldn’t be the right address. Tom double checked and yes, it was the one he was given. He hurriedly phoned his old employer in Colorado, to find the number had been disconnected. They were alone…abandoned. “How could this be happening?” they thought. Tom’s anguish was crushing. Marissa’s fears were overpowering.

They slept on the streets for two-weeks after that dreadful day three-months ago. They had only the clothes on their backs and the stroller for Lucas. Fortunately, Tom still had a working cell-phone. His thoughtful exploration brought them to A New Leaf’s La Mesita Family Homeless Shelter where they found comfort and safety.

Since then, Tom has found and maintained gainful employment. This week, they will leave A New Leaf, excited once again to be moving into supportive housing and their own home. They wrote us this letter:

“I want to write you a letter of thank you, even though the words don’t seem to have enough meaning in this case. Not only did you make us feel welcome, you made the feeling of being homeless go away.

Within a blink of an eye, you helped us with clothing, shoes for my job and you gave us an incredible apartment starter kit. This act of kindness isn’t seen anymore. It’s an old school thing. Modern day people are lost in phones, texting and selfies.

People like you have the qualities of helping without wondering what’s in it for you. You helped me and my family and for that, I will always be grateful to you.

This letter may have been addressed to A New Leaf, but it was meant for all of you…our supporters who help make this happen. Together, we can do mighty things for families in need.