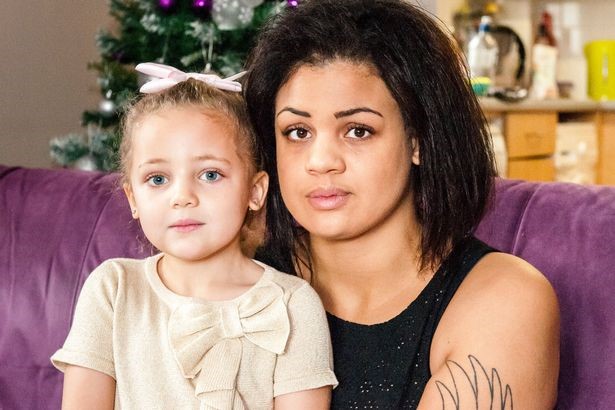 “Where is it! Where is the gun Marie! You better give it to me, or you’ll regret this! You can’t leave me, you can’t leave us! You won’t!”

Marie was silently huddled with Lea, her four-year-old child, tucked inside the back corner of her daughter’s closet. She struggled to keep the stifling air of the small room from making Lea cough, for fear of sparking the attention of her boyfriend. Eventually the yelling died down. Her boyfriend, Mike, had fallen into a drunken slumber at last, after hours of terror and abuse. Marie calmly put Lea to bed and rolled Mike’s wheelchair to the bedroom, lifting him into bed for the night.

For Marie, this was just another day. She and Mike had been together for some time and for a while things had been okay. But, after an accident paralyzed Mike from the waist down, things changed. His family refused to take care of him, so Marie had become his caretaker. She supported him financially, physically, emotionally, she was everything for him. Mike struggled each day with his new reality, battling with depression and anxiety, but for Marie, some days were far worse, far more dangerous. Mike would lose his temper at the slightest provocation, hitting her when he could, knocking things over when he couldn’t. To be safe, Marie had begun hiding the gun they had bought together, out of fear he may use it on her or Lea.

Marie felt isolated in this new and terrifying life, entirely without the support of her family. Long ago her father and her sister had secured restraining orders against her boyfriend after he stalked and threatened them to stay out of his relationship with Marie. She too had attempted to secure orders of protection from him before, but Mike’s unassuming appearance often led judges to doubt the possibility of abuse. After all, Marie could always just walk away right?

One night, once again tucked into the safe recess of her daughter’s closet, Marie heard Mike find the gun. He had never had the gun when he was in one of his rages before. Marie raced to the door with Lea, both wearing socks to keep their quick paced steps quiet. Waiting just around the corner, Mike grabbed Marie and held the gun to her head.

Marie thanks God nothing happened that night. But, she knew that there was no going back. Marie had reached her breaking point, and she knew she needed to protect Lea.

That night, Marie called A New Leaf’s centralized domestic violence hotline, immediately getting in touch with A New Leaf’s Faith House Women’s Crisis Shelter. Working with staff, Marie was able to quickly secure shelter for herself and her daughter. The next morning, she met with her case manager and made the goal of securing legal protection from Mike, for her and Lea. Marie’s case manager connected her to A New Leaf’s Court Advocacy program, providing her with court-related assistance. Faith House staff helped Marie build a detailed case for protection and accompanied her to Glendale Court for her hearing. Only a few short hours later, Marie and Lea finally secured court ordered protection.

Marie had never felt such a weight lift from her chest. She was finally free of the terror, the stress, the trauma. She could finally have the safe, supportive home she had always longed to provide to her daughter.

Marie decided to commit to this new start and lean on A New Leaf as she planned for her future. She knew that in order to raise her daughter independently, she needed to take steps to stabilize herself. So Marie kept up with her case manager meetings and attended community sessions for future safety planning, financial literacy, workforce development and more. Working through Faith House’s workforce development program, Marie secured two-part time jobs, a long-term childcare solution for Lea, and even found reduced-cost housing from a family member looking to lease their home.

After 120 days in A New Leaf’s Faith House, Marie had found safety, stability, and a fresh start. She was able to get back on her feet, provide for her child, and realize the power of her independence. As she looks to her own bright future, she is reminded of what could have been if she had stayed with Mike. Marie shares her story so that the countless other mothers and single women in abusive relationships know that they are strong, they are capable, and they can leave. We are honored to have been a part of Marie’s journey towards a self-sufficient and happy life.