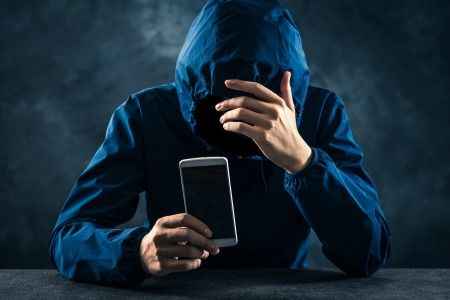 January is National Stalking Awareness Month, a time to focus on a crime that affects the lives of more than 7 million Americans every year.

Nearly half of those victimized by stalking report enduring unwanted contact at least once per week, and more than one in ten victims have been stalked by the same person for five years or more. Most victims are stalked by someone they know, and many are stalked by an intimate partner—sometimes as part of a terrible cycle of domestic violence.

Stalking is a crime in the state of Arizona as well as all 50 states, yet many victims and criminal justice professionals underestimate its seriousness and impact. In one of five cases, stalkers use weapons to harm or threaten victims, and stalking is one of the significant risk factors for homicide in abusive relationships.

Victims suffer anxiety, social dysfunction, and severe depression at much higher rates than the general population, and many lose time from work or have to move as a result of their victimization. Stalking is difficult to recognize, investigate, and prosecute. Unlike other crimes, stalking is not a single, easily identifiable crime but a series of acts, a course of conduct directed at a specific person that would cause that person fear.

Stalking may take many forms, such as assaults, threats, vandalism, burglary, or animal abuse, as well as unwanted cards, calls, gifts, or visits. One in four victims reports that the stalker uses technology, such as computers, global positioning system devices, or hidden cameras, to track the victim’s daily activities.

Stalkers fit no standard psychological profile, and many stalkers follow their victims from one community to another, making it difficult for authorities to investigate and prosecute their crimes. Communities that understand stalking, however, can support victims and combat the crime. “If more people learn to recognize stalking,” said Dana Martinez, A New Leaf’s Director of Shelter Services, “we have a better chance to protect victims and prevent tragedies.”

A New Leaf will be promoting National Stalking Awareness Month and working to increase public education about stalking during the annual observance. We reaffirm our commitment to supporting the victims of this serious crime and helping to reduce stalking and the harmful effects it has on our families, friends, coworkers, and loved ones. Your support of A New Leaf will help victims as they rebuild their lives and find a fresh start free from abuse.