By choosing to leave an abusive situation, I showed my kids that my life matters. I matter. That’s been a really important lesson that I’ve tried to teach them. Especially my daughter. I am so thankful.”

“I’ve been through some hard times, but my family is happy now” says Breana, mother of four boys and a girl. Breana lives at A New Leaf’s La Mesita Community, and thanks to donors like you her family has a safe, stable place to call home. But, life used to be much more dangerous for Breana and her children.

“I didn’t know what to do, so I ran away, dropped out of school, started working, and got my own place. I started my family and gave them a stable home. For a while things were actually going well. I was happy. But everything was turned upside down when I got into another abusive relationship.”

“You never see abuse coming, and it happens slowly. So slowly that you get used to it, even though it isn’t okay.” Breana’s voice shakes as she thinks about that time in her life. “I stayed there for years, giving everything I could, just trying to have a family.”

“There was one night I wanted to take the kids out to the park. I was trying to get them out of the house for a little bit, but we weren’t allowed to go anywhere or do anything he didn’t like. So when I got them ready and I started to leave, he wouldn’t let me out of the bedroom.”

“I tried to leave again and he pushed me up against the wall. I was pregnant at that time, and he didn’t care. I told him to let me go and he didn’t listen. Then he hit me.”

“That had never happened before, he had never hit me when I was pregnant. That was when I knew I needed to get out. I had to keep my babies safe.” It was then that Breana finally asked a friend for help, and together they packed her things and left with the children that night.

Breana never went back. She called A New Leaf’s Domestic Violence Hotline and was provided with immediate safety and shelter as she found her feet. Slowly, but surely, her family recovered.

Thinking back, Breana knows exactly why she left: “I have five children – four little boys and girl. They are going to grow up and be adults soon. How would they be impacted if I had stayed in a domestic violence situation?”

Breana now lives permanently at A New Leaf’s La Mesita Community Campus, giving her children a safe, stable home. Thanks to donors like you, Breana’s children will never again be in a domestic violence situation. Reflecting on her experience, Breana knows how important it was that she chose to leave a violent partner.

“By choosing to leave an abusive situation, I showed my kids that my life matters. I matter. That’s been a really important lesson that I’ve tried to teach them. Especially my daughter, she is a little older and was really able to understand everything we’ve gone through.”

“People like you saved my family from domestic violence. You’ve given me an opportunity to build a future for myself and my family. I never would have been able to do that without you. I may not know you, but you’ve meant a lot to my family. Thank you for supporting A New Leaf.” 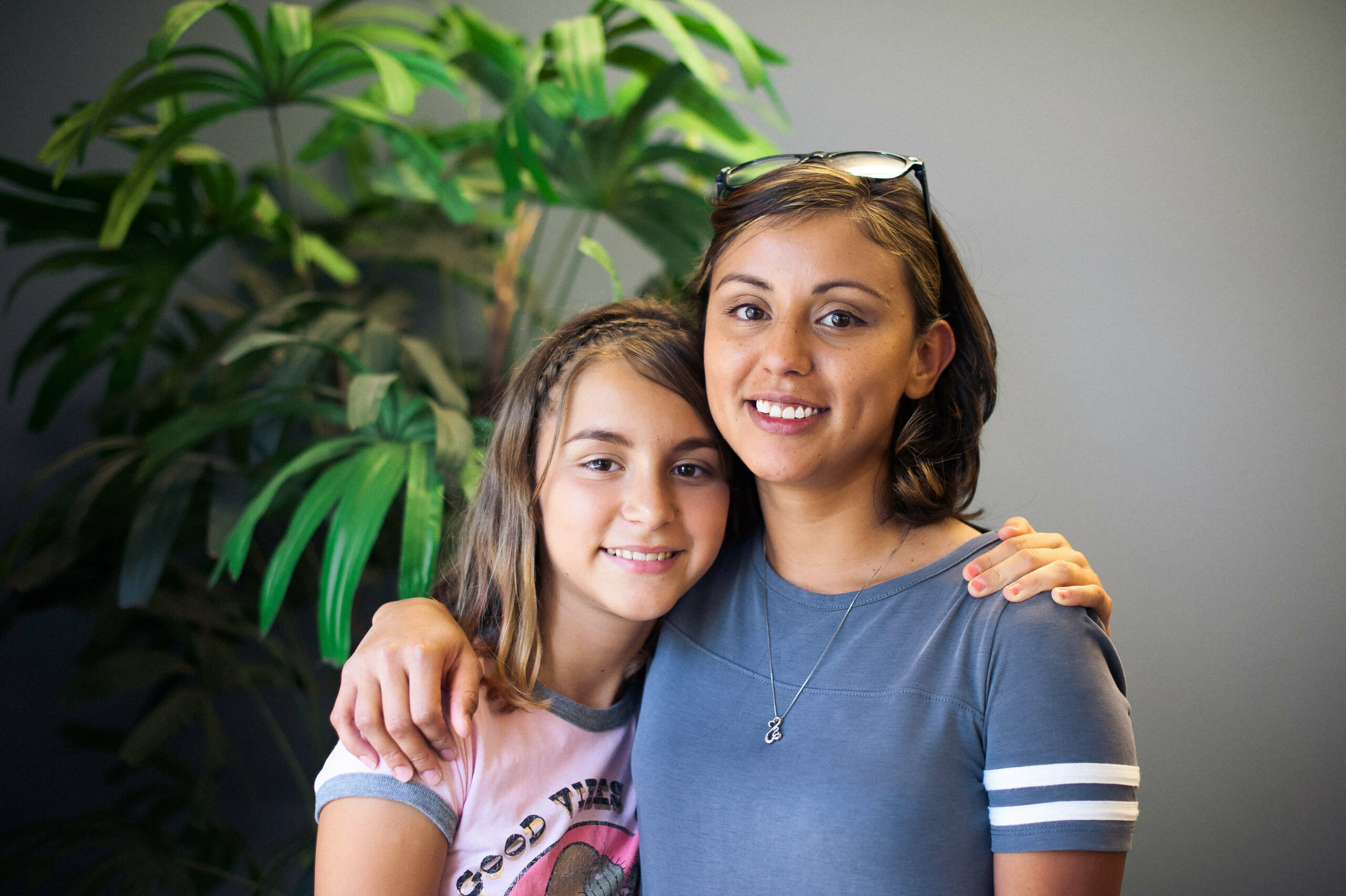