Getting back from serving in the military was hard. I ended up homeless for nearly 6 years, and no one would help me until I found A New Leaf. You gave me a second chance to live again, I can never repay you for how you changed my life.”

Dave was born on the Navajo reservation to modest means. His parents worked hard to provide for him, but Dave knew that if he wanted to succeed, he needed somewhere to go – he needed structure and a chance to learn new things.

In 1982 Dave joined the United States Marine Corps, planning to be a machinist and learn a valuable tradeskill. However, with the invasion of Grenada in 1983, Dave was pulled from his unit and put into infantry.

Dave was put into some of the most dangerous areas during the war, saw an abundance of  combat, and was deployed overseas. He lost friends along the way, and came home in 1986 with considerable trauma that developed into acute Post Traumatic Stress Disorder (PTSD).

“I love my country, and I wanted to fight for what I believed in. I have no regrets about serving, but it’s hard coming back to civilian life. Where do I fit in here… where do I go?”

For some time, Dave was able to cope, but in 2014 the support networks that had kept his PTSD at bay, were taken away. A divorce with his wife left him without a home or the support of a partner. He had also recently gone on disability after working over 25 years in construction and lost the distraction that his work provided.

“It was a deep low for me. I had no one in my life, and nothing to do with it – I felt like I should just give up.”

With nowhere to go, Dave felt desperate and alone. He slept on the streets and behind dumpsters. Dave’s challenges escalated further when he experienced a heart attack and went to the hospital, only to be put back out on the streets confused and in pain.

“After that, I was homeless for about six years. It was a hard time in my life, not having a safe place to sleep, to shower, to just be human.”

When Dave finally got a caseworker, he was referred to A New Leaf’s Desert Leaf Apartments, where he would be able to have stable housing, counseling, and medical assistance.

“When I got to A New Leaf, everything changed. It gave me hope that I could survive, that my life wasn’t over yet.”

Thanks to donors like you, Dave finally got the counseling he needed to work through the trauma he had experienced in the military. He began to heal and realize that many of his challenges stemmed from never addressing his past.

“Humans aren’t meant for war, to see their friends die in front of them. It’s a whole shock, and it’s hard to deal with – no matter who you are.”

For the last year, thanks to your support, Dave has lived at Desert Leaf Apartments and recovered from his emotional and physical trauma. Soon he will be able to begin working again, and get back out into the community. Dave has even started reconnecting with family and friends that hadn’t seen him in years.

“I am so thankful for your help. You gave me a second chance to get off the streets and live again. I can never repay you for how you changed my life. Thank you.” 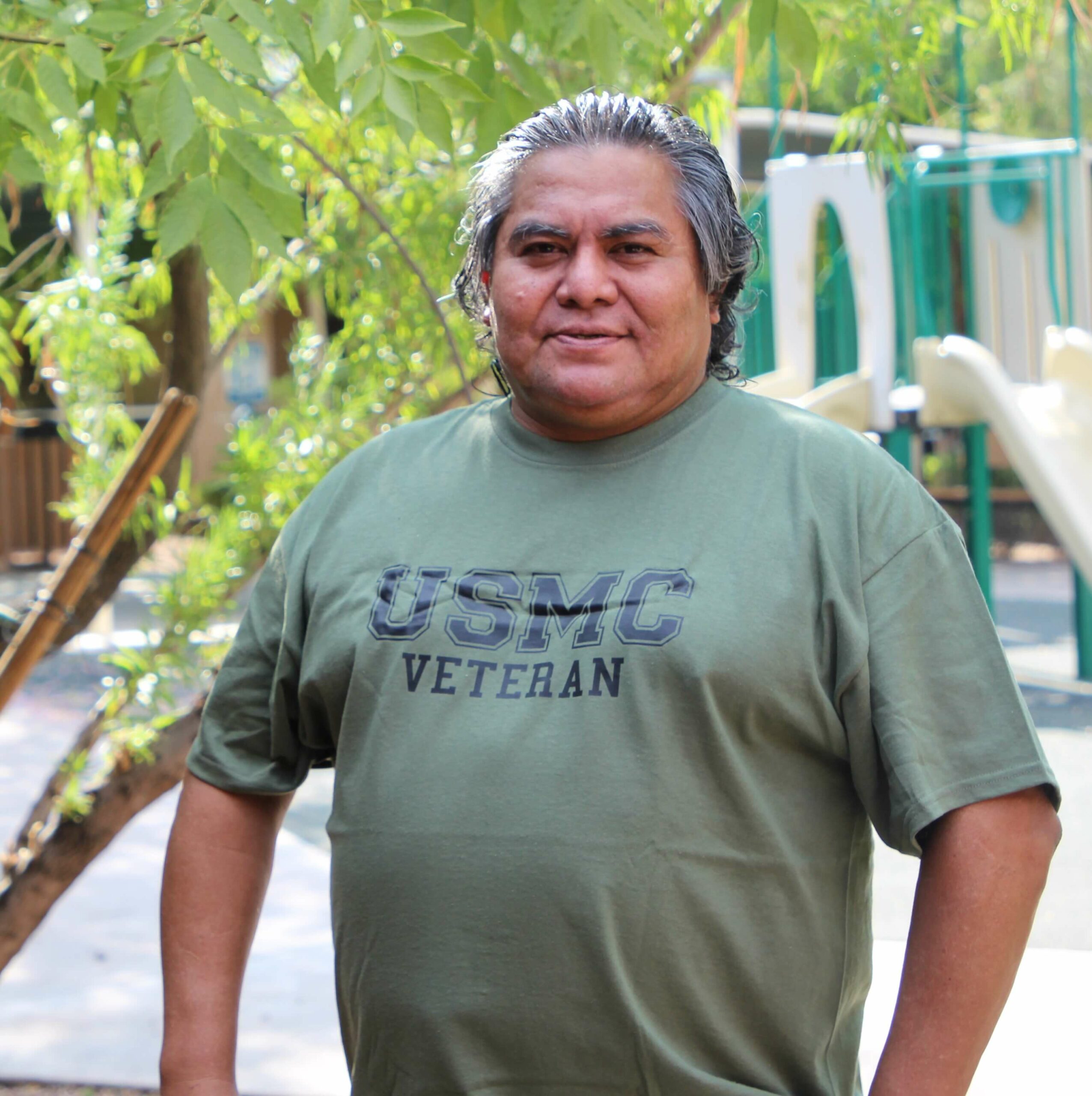