When I first got to Faith House, I felt there was no hope… but every day got easier. Now I feel free. My caseworker was my emotional rock, my motivation. She’d tell me ‘Lonique, it’s okay to cry. But you get back up, and you keep going – for your kids, and for you.’ And I did.”

A single mother of three young children, Lonique had fought hard to build a safe and stable home for her family. “In Michigan, I was making over $15 an hour, I had a house, a car, my credit score was over 700. We were happy.” She was doing well, but things were still hard as a single parent.

So when Michael, the father of their daughter, promised that his new job in Arizona could provide for them, she took a chance. “My family is the most important thing to me. I would do anything for my children. If they could have a father that was there for them, I felt I had to try to make it work.”

In September of 2017, Lonique moved from Michigan to Arizona, with just a few hundred dollars in her pocket. “I left everything I had behind. Arizona was supposed to be a fresh start.”

But Lonique quickly found that Michael had lied to her about many things. “He quit his job without telling me. We didn’t have anywhere to stay. I had to put all of us up in a hotel just keep off the streets.”

Soon, Lonique started running out of money. “It was terrifying. I was thousands of miles from home, with no family, no money, no job, and three kids to provide for. The closer we got to running out of money, the angrier he got, and the more helpless I got.” Michael started drinking and stealing money from Lonique to pay for his habit.

“The night before I left, he used the last $10 in our checking account to buy beer at a gas station. I told him he couldn’t do that anymore, and then he dragged me out of the car and put his hands on me. The next day, he threatened to hurt our daughter – I called A New Leaf’s Domestic Violence Hotline.”

Lonique and her children were brought to A New Leaf’s Faith House Women’s Crisis Shelter that same night. A 72 bed, 24-hour Emergency Shelter serving 200 women and children a year, Faith House would provide safety and stability to Lonique’s family for the next several months.

With A New Leaf’s Faith House providing a safe place to sleep, travel assistance, free child care, and an attentive staff to help Lonique’s family recover from the trauma of abuse, things started to look a little brighter. She was able to secure a job, got a car, and started planning for her long-term independence.

And when she felt low, Faith House’s staff was there to make sure Lonique knew she was never alone: “My caseworker was my emotional rock, my motivation. She’d tell me ‘Lonique, it’s okay to cry. But you get back up, and you keep going – for your kids, and for you.’ And I did.”

After exactly 4 months in Faith House, Lonique was accepted into a 2-year housing program with the help of her caseworker. Lonique knows that Faith House saved her family, and her life. “Without Faith House, I don’t know where I’d be. I am so thankful.”

Reflecting on her experience, Lonique felt strong. “If you need help, seek it. You will be okay. There were so many times I thought I couldn’t make it alone, that I felt like going to a shelter was the wrong choice for my kids, that I thought I should stay with him for my kids.’

“But I didn’t need to. Because of Faith House my kids are safe now, and I have a home. You only set yourself back, the longer you stay.” 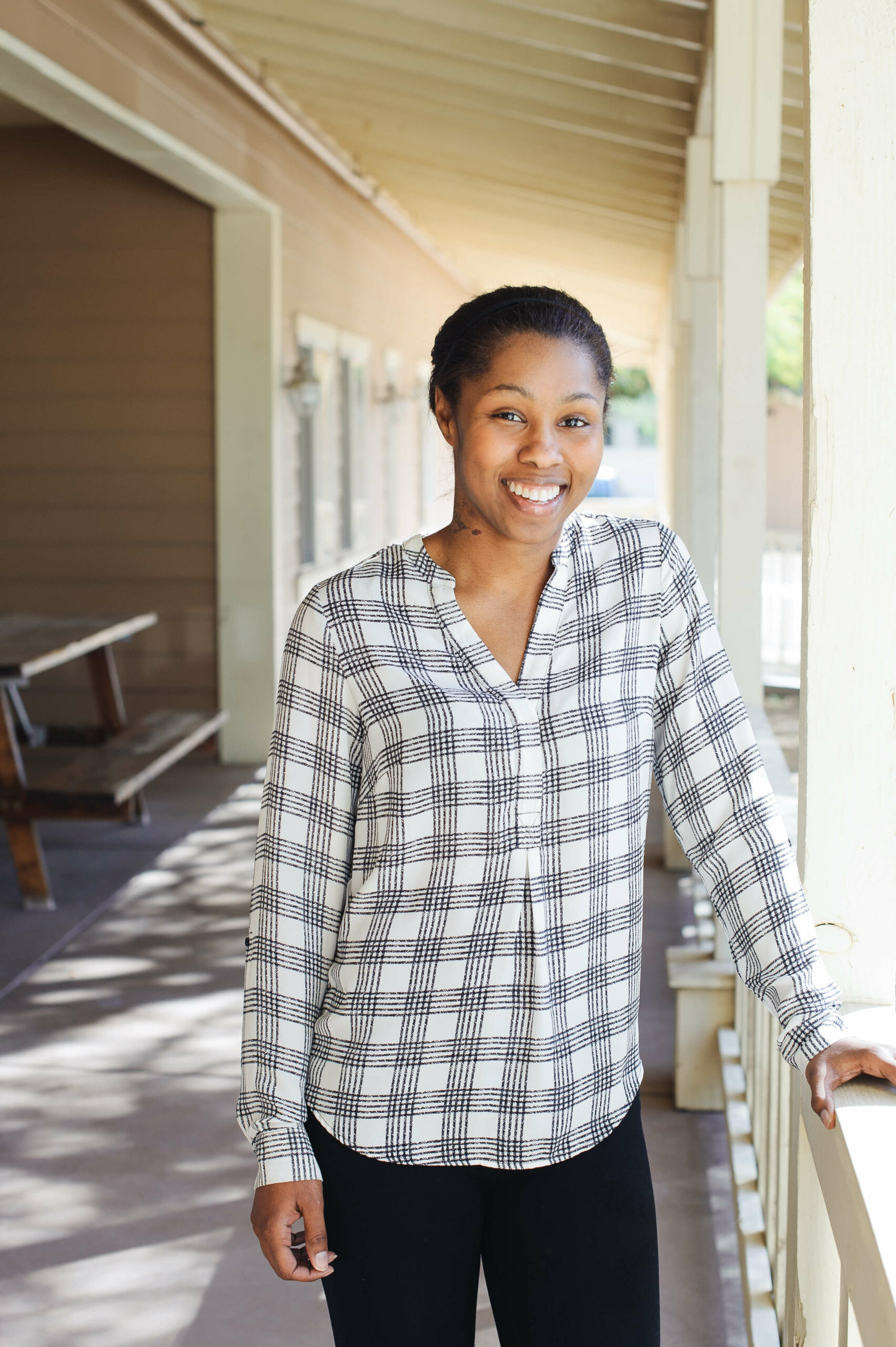