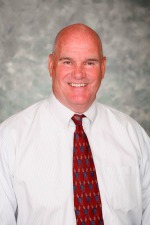 Have you heard that homeless people come to Phoenix because of the warm weather? Or that the homeless choose to be homeless?

These are just two myths that have been repeated so often they have become accepted as true. Homelessness is rising precipitously in Arizona, and the danger of believing fallacies is that they can affect public policy and calcify our creativity to deal with this growing epidemic. A New Leaf’s volunteers and staff are working to debunk these common misconceptions:

Myth #1: People choose Phoenix as a place to be homeless because of the warm weather. While it is true that the Valley of the Sun is a popular destination due to its warm climate, our homeless neighbors are no more likely to live in sun-soaked cities than elsewhere in the country.

Myth #2: Some people choose to be homeless and are fine with it. The truth is that people do not work toward being homeless. Homelessness is complex and is caused by such factors as job loss, evictions, foreclosures, and lack of affordable housing. Homelessness is very unsafe and homeless individuals face stress and immeasurable difficulties.

There is no evidence to support the idea that individuals choose homelessness as a lifestyle. For example, when homeless individuals are provided with permanent housing through the Housing First approach, the success rate for people staying in stable housing is 90 percent, according to Arizona’s Department of Economic Security. Almost everyone will agree to come inside if they are offered actual housing, not just a temporary solution.

Myth #3: Homelessness is most often about mental illness and/or substance abuse. Actually, ASU’s Morrison Institute of Public Policy found that homeless residents, when asked for a general explanation of why they are homeless, cited economic reasons (75 percent) followed by family issues (45 percent) and health reasons (37 percent). The mentally ill need and deserve better treatment. But homelessness is primarily a symptom of poverty.

Myth #4: Our homeless neighbors are all of long-term, chronically homeless status. In reality, 40 percent of the homeless population is homeless for the first time, according to Arizona’s Homeless Coordination Office. And the chronically homeless, those who have been homeless for a year or longer, account for just 14 percent of Arizona’s homeless population. The truth is that the less time an individual or family spends homeless, the less impact the effects of homelessness will have on their ability to re-stabilize and return to independence.

Domestic violence is the #3 leading cause of homelessness among families, according to the Arizona Coalition to End Sexual and Domestic Violence. And even more startling: 92% of homeless women have experienced physical or sexual violence. That is why developing safety plans and learning about community domestic violence services are paramount priorities for residents of A New Leaf’s homeless and domestic violence shelters.

Myth #6: Homelessness is too expensive and complex to solve. This is the most insidious myth, and it masks the promising results from communities that are making the fight to end homelessness a priority.

Organizations like A New Leaf are finding that money spent providing housing and services to those who are homeless is recouped on policing, medical care and prisons. Likewise, an Economic Roundtable study found that every $1 spent on permanent supportive housing for the most costly homeless individuals reduced public costs $2 in the first year and $6 in subsequent years.

Results in Arizona, as well as nationally, have demonstrated that housing is the foundational intervention that moves an individual or family from homelessness to self-sufficiency. Without housing programs, all other intervention programs are less effective.

By becoming aware of these six myths of homelessness, you can advocate for common-sense solutions and apply our knowledge of what works. Homelessness is not inevitable. The time has come to join together as a community – at work, at church, and in your own neighborhood – to give a helping hand and change the trajectory of homelessness in the Valley of the Sun.