how you helped Rodney return to civilian life 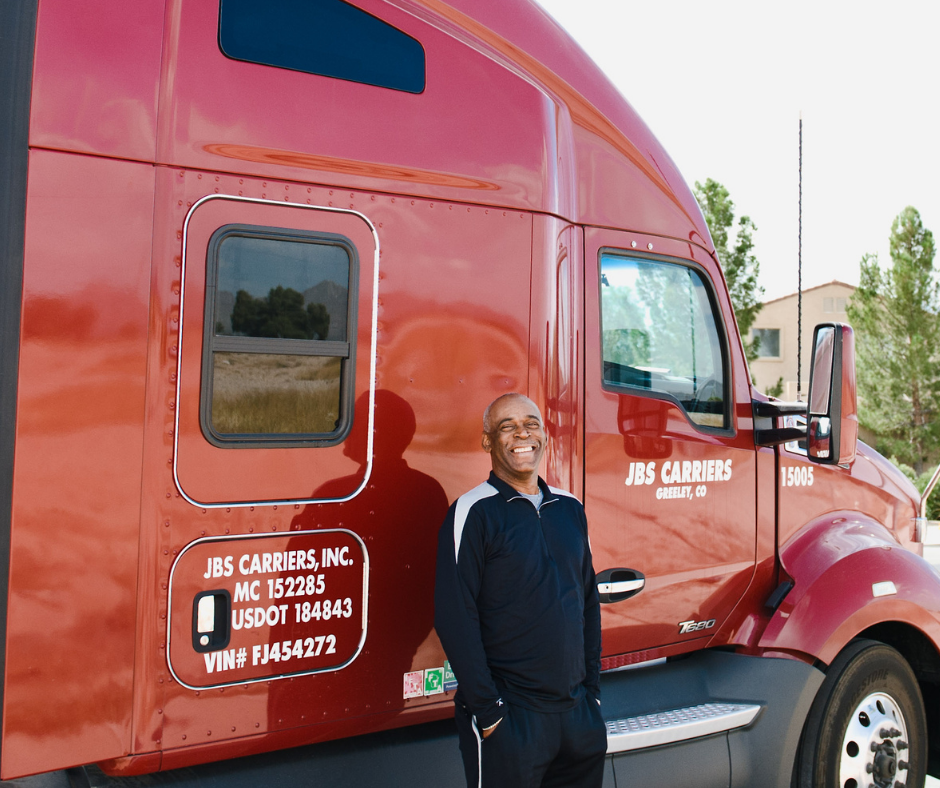 Perched in the cab of his truck on the wide-open road, it sometimes occurs to Rodney just how far he has traveled. A few years back, he was down and out after a bout with drugs and alcohol cost him his marriage, his livelihood and cast his future in doubt.

“I was drinking and drugging,” he recalled. “Things just got out of control, and I lost my wife of 24 years.” He left Milwaukee and traveled to Arizona in 2013 with all he had left – just $1,500. He spiraled further down, as he lived in a party house with a friend he had met on Facebook. His drinking and drugging continued.

“They finally put me out when I ran out of money. They were just using me.” He fell even further, winding up in a downtown Phoenix homeless shelter. It was a frightening place. “That was the lowest, the bottom of the barrel,” he recalled feeling at the time. He would soon realize then he had nowhere to go but up.

“I ended up at a homeless shelter and just rock-bottomed. I knew I needed help and I needed to address my PTSD.”

Slowly, but surely, with lots of help from A New Leaf’s staff, Rodney began to put the pieces of his life back together. The staff truly understood the stresses and health challenges facing veterans like Rodney. Through assistance with meals, housing, financial coaching, and jobs, they have provided a community of support. It’s anything from counseling to a ride to a grocery store to help writing a resume.

“Desert Leaf is a stepping-stone,” Rodney said. “It is geared to get you on the way to where you need to go. There’s probably eight or nine staff people on that list that I have to thank.” 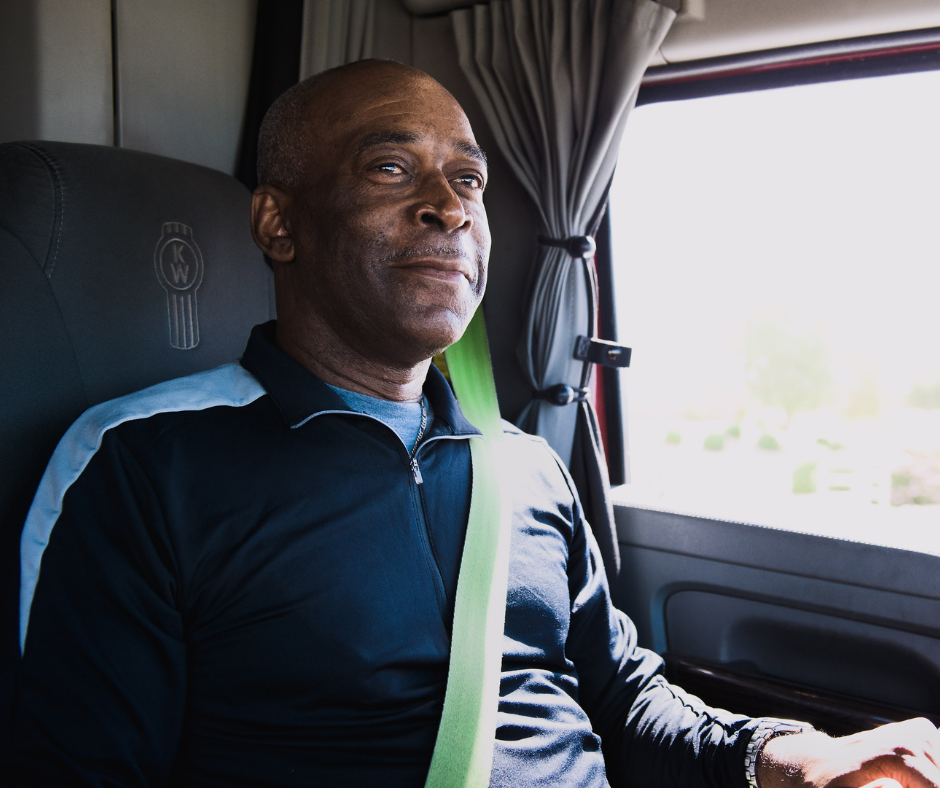 He singled out the property manager Sharon. “If it was anything to do with paperwork for housing, she made sure it was in on time. If there were classes I had to go to, she would come knock on my door. She saw that I wanted to do better.”

Rodney had quit drinking and using drugs by the time he got to Desert Leaf. But he still faced an array of challenges before he could get back on his feet. He had lost his commercial driving license after a knee injury from his Army service forced him to quit driving. A New Leaf social worker named Tammy drove him on the two-hour trip to a Motor Vehicle Department CDL test facility. He passed.

And so, Rodney has been back in an 18-wheeler for a year, doing work that brings him great satisfaction. A little more than a year ago, Rodney took a final step toward independence, buying a house southeast of Phoenix. Perhaps just as important, he made a deliberate change in the people he associated with, going to a local Veterans of Foreign Wars (VFW) hall where he would rub shoulders with aldermen, doctors and other professionals.

“Every morning I think about where I was and I say a prayer. I thank God for allowing me to rise this morning and for all the good things I’ll do today.”

It was there he also met “a wonderful girl,” a surgical technician named Colleen. They plan to marry next year. Their close relationship prompted Rodney to rethink his trucking schedule. He switched from his former employer – where he was gone three weeks at a time and to all 48 states – to a regional carrier so that he’s away from home no more than two weeks at a time.

Looking back, Rodney realizes that A New Leaf is the right place for those who want to change. “A New Leaf is a helping hand. There are people there who will help you, but you got to want it, too. They open up the door for you. But you have to walk through it.”

Rodney considers himself blessed in more ways than one. “Every morning I think about where I was and I say a prayer. I thank God for allowing me to rise this morning and for all the good things I’ll do today.” 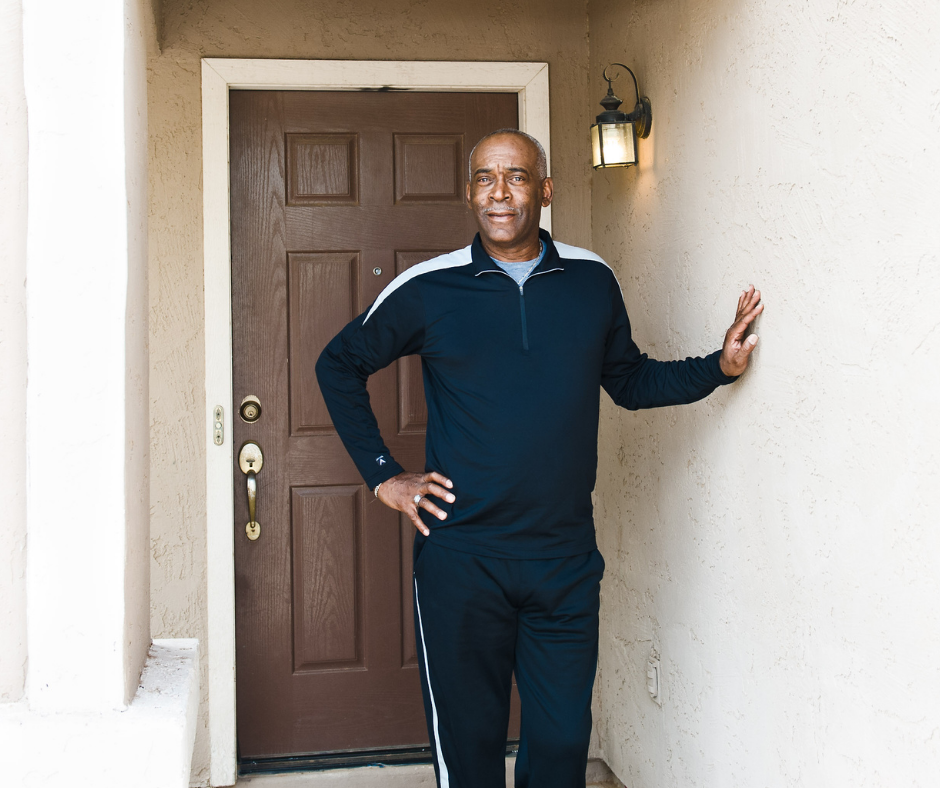